Andrew Maina launched the books The Great Escape: Memories of Tribal Violence and I Am Listening as well as the Kendeka Prize for African Literature in Thika, Kenya on September 19, 2020.

On September 14, 2019, entrepreneur Andrew Maina caused a stir in the Kenyan town of Thika when he launched three of his books Grace Onyango: The Butterfly That Touched The Clouds, I Am Listening: A Collection of Short Stories, and Lying Under The Mound. It was a major event in the small town one hour north of Nairobi with politicians, religious leaders, folks in education and other fields attending. 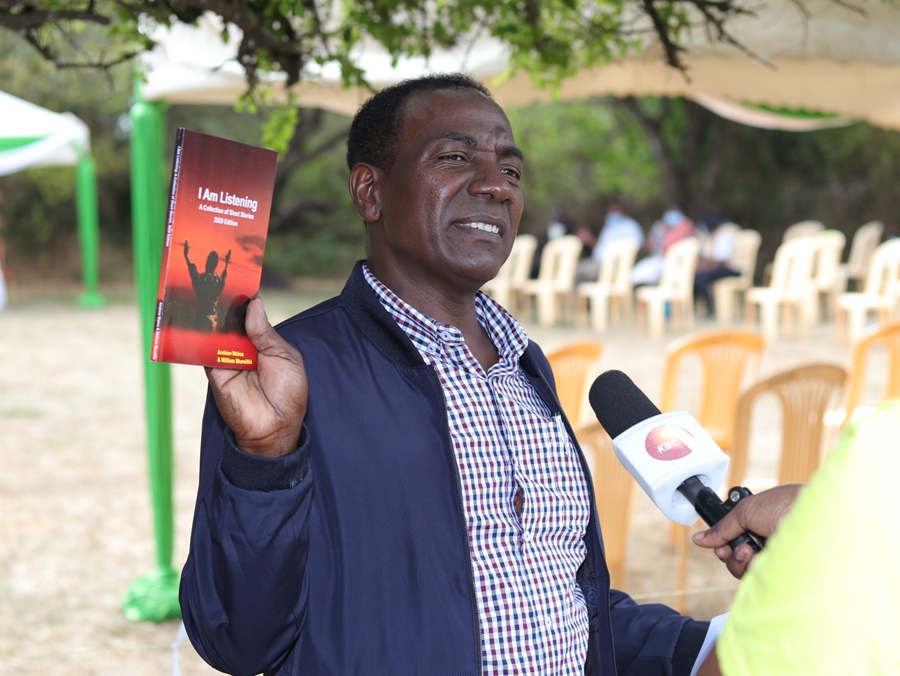 On September 19, Maina launched two more books in The Great Escape: Memories of Tribal Violence and I Am Listening: A Collection of Short Stories 2020 edition at the 14 Falls Leisure Lodge. The first of these, written by Andrew Maina, is a story told by a young woman who has to flee Kisumu because of clashes that occurred in the lake city after the Kenyan Post Election Crisis of 2007/8. Becky has to move to another part of the country and learn to live in a new fractured society. There aren’t many texts about this horrible period in Kenya’s history and this new addition is welcomed.

I Am Listening: A Collection of Short Stories 2020 edition is the second edition of an anthology made from a callout from earlier in the year. Featuring in this book are Immaculate Ajiambo, Udeh Harrison, Kuria Muchiri, Andrew Maina, Motajo Temiloluwa Glory, Oluwaseun Ekundayo, Gimbiya Galadima, Akanni Desola Emily, Okolo Chinua, Olufolanike Adegoke, and Amina Ayodeji-Ogundiran.

Also launched on the day was the Kendeka Prize for African Literature, a new Pan African prize for writers. The new prize, which has signed up blogger and podcaster James Murua as the chair of its advisory panel, is named after Andrew Maina’s late mother who inspired him and many other family members. The citation for the mother was given by a family member and you can watch it in the video below.

After this, the first sponsorship, worth Kshs200,000, was handed to the advisory chair by Purity Maina on behalf of the family. Murua asked those who had come through as well as those watching on the Facebook livestream to submit their stories as soon as the call-out was made.